A security policy model is created in the Work section of Flowable Design. After choosing the work model type Security policy and clicking the Create button, a create dialog is presented: 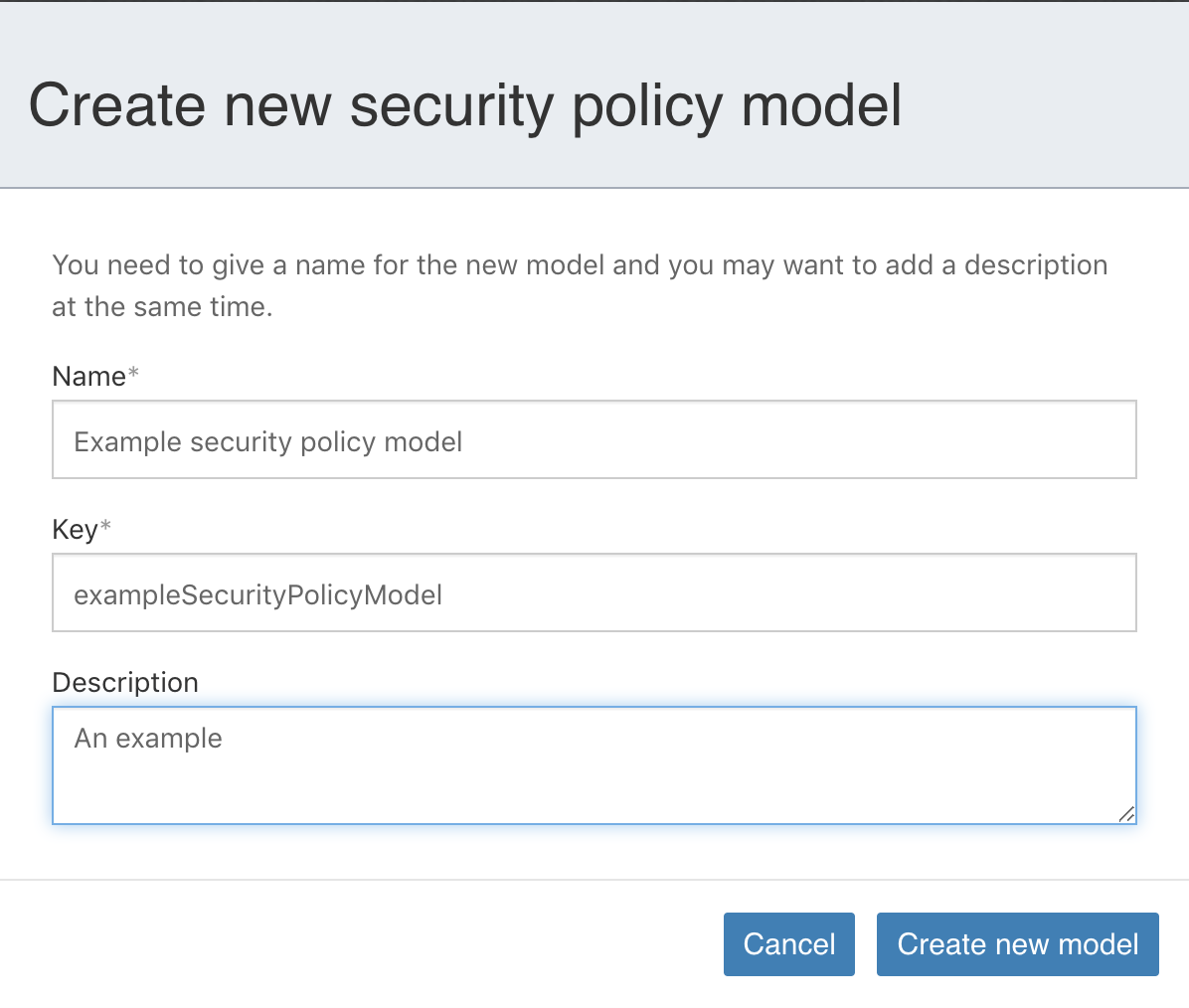 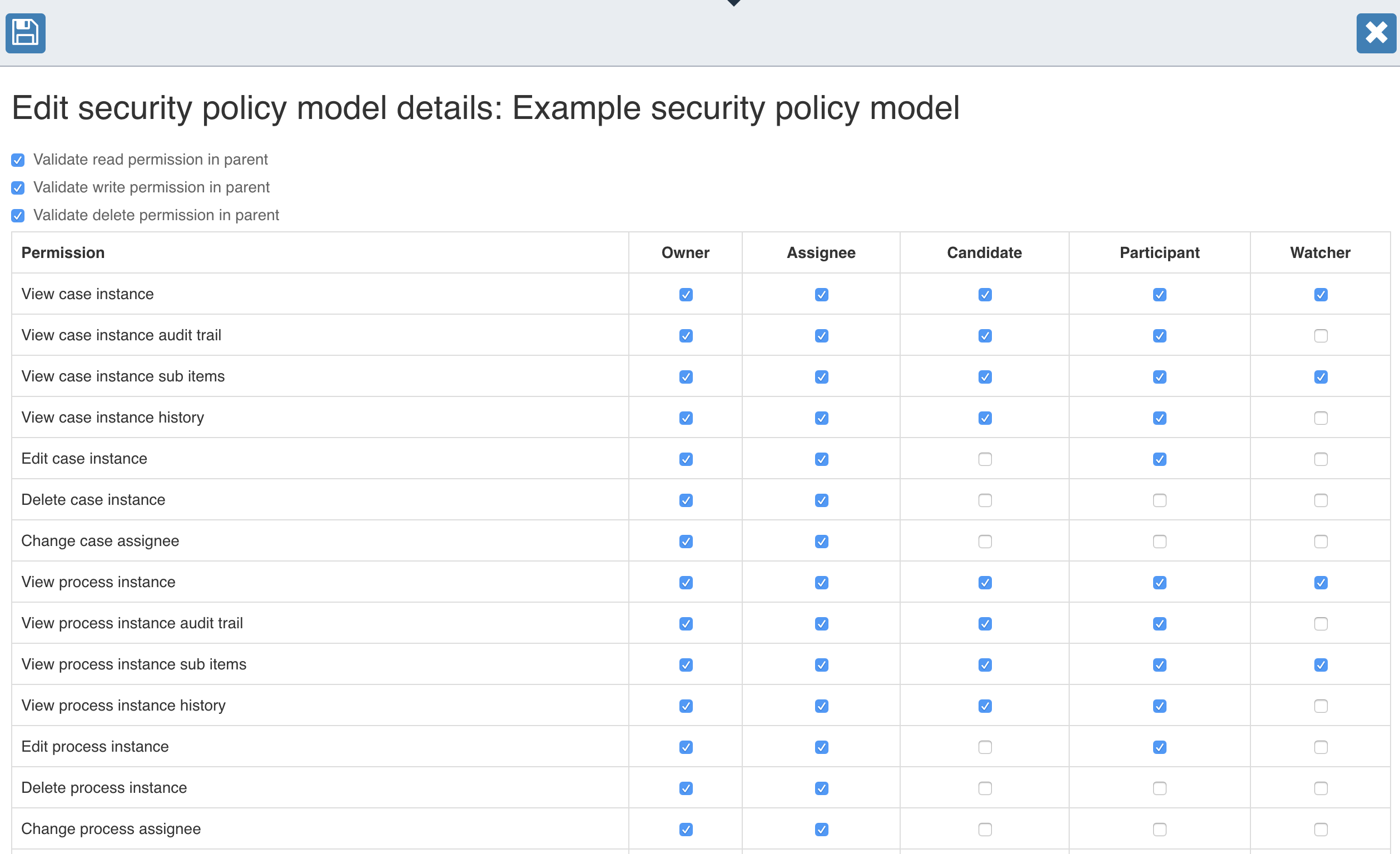 Currently, the following roles are supported:

For each role, a permission can be set to either allow (checking the checkbox) or disallow (unchecking the checkbox). Most of the permissions are related to viewing a case, process, or task or allowing access to a specific part of it. In addition, permissions like claiming and completing a task can be set. There are also more specific permissions or permission logic that defines if a role on, for example, a task is automatically propagated to the parent case or process instance as well. This can be useful if every task owner or assignee or participant should automatically have access to the parent case or process instance.

After defining the permission and role mapping, the security policy model can be saved and used in a case or process model.

With the process and security policy model defined, the next step is to create an app and include both models in the app. Now the app can be published to a Flowable Work or Engage instance.

With the app and process model deployed, let us start a new process instance from Flowable Work or Engage with one of the example users, Ben Snow. Ben automatically becomes the owner of the process instance because he started it. Task A is however assigned directly to Anne Barton. When Ben tries to access Task A with the Validate read permission in parent permission disabled, the following screen is shown: If Ben has a role in Task A or the Validate read permission in parent permission is enabled in the security policy, then Ben has access to Task A.